Make sure you check out the Recruitment section for the guide on how to get Ventrilo and it has the Details on there
http://forum.z8games.com/showthread.php?t=34510&highlight=methadone make sure you bump to keep it on first page

The Rules - MUST READ!

The Rules - MUST READ!

THE RULES
Just so we keep a good image for both the clan as a whole and yourself, we have certain rules.

Points
We require 10 points a week from every member. 10 points is a breeze compared to a lot of clans. It's not hard to achieve, so we DO expect these points.

Inactivity
We require notice of your absence, if your inactive without telling a LT or Lawgiver. You will be kicked between 1 or 2 weeks after we notice your inactivity.

No Hacking
This goes without saying, we don't tolerate hackers. We don't like hackers, like everyone else. If we have good reason to believe your hacking. Your kicked.

No Farming
This doesn't disturb the publics gaming experience - unlike hacking. But still as equally hated in Crossfire. If we have good reason to believe your farming. Your kicked.

Ventrilo Clan Wars
We require anyone in a scrim/clan war to use Ventrilo. You don't need to have ventrilo to play public games. You don't need mic or required to talk. But we do require it for clan wars. No vent = No clan war. We have a guide on how to set ventrilo up if needed. If you ignore these rules or refuse to get it. Your options are never scrimming or getting kicked.

Don't Be A Noob
Yeah, that's right. Don't act like a noob. So simple - yet so hard to achieve for some.

Respect
Respect everyone. In a public game don't go shouting "Hacker!!" everytime you die in a ghost mode, shit happens and it's better to take a death like a man than a noob. If you 100% believe someone is hacking, report them and if theirs a chance they can get kicked - kick them. Just don't start an arguement with some random player.

Respect everyone. In scrims, we would love it so that we don't look like flaming noobs. If you have something to say about the opposing clan.. use clan chat, team chat or ventrilo.

Respect Everyone. Respect members, LT's and Lawgiver. In clan flaming is not very nice. Either keep your thoughts to yourself or you won't last long. 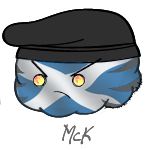